Donostia San Sebastián Turismoa will attend the Tourism Expo Japan (TEJ), the country’s largest trade fair, from October 24 to 27. Japan is one of the strategic markets for Donostia / San Sebastián Turismoa, a market that focuses on respectful, quality tourism and which has had a dramatic evolution in recent years, with 426% growth since 2010 and climbing from the 13th to the 6th spot on the ranking of countries that most visit the city. 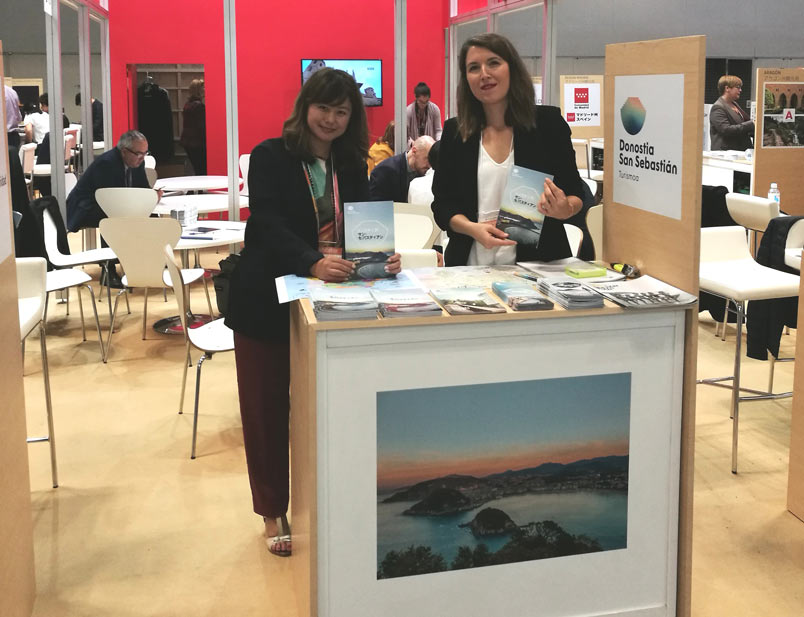 Donostia San Sebastián Turismoa will have its own booth at Tourism Expo Japan (TEJ), celebrated in Osaka from October 24 to 27 and organized by JATA (Japan Travel and Tourism Association) and JNTO (Japan National Tourism Organization). Some 1500 exhibitors from over 130 countries and around 200,000 professional and public attendees will participate in the trade fair.

The Donostia San Sebastián Visit-Bizi 2017-2021 Master Plan changes focus from mass promotion to the definition of clear strategic markets and priorities as a way to promote quality and sustainable tourism. Donostia San / Sebastián attends the 2019 Tourism Expo Japan, the organizations third time at this annual trade fair and an event that aligns with its new focus. The evolution of the Japanese market is remarkable, with a growing interest in the Basque Country and particularly in San Sebastián, and Japanese tourists have jumped from 5,881 overnight stays in 2010 to a figure six times higher, with 30,080 overnight stays to date this year.

Japan has climbed from the 13th to 6th spot on the ranking of the countries that most visit our region, with only the US, France, the UK, Germany and Australia ranking higher, and surpassing other countries that have traditionally provided more tourists, including Italy, Holland, Ireland, Portugal and Belgium. 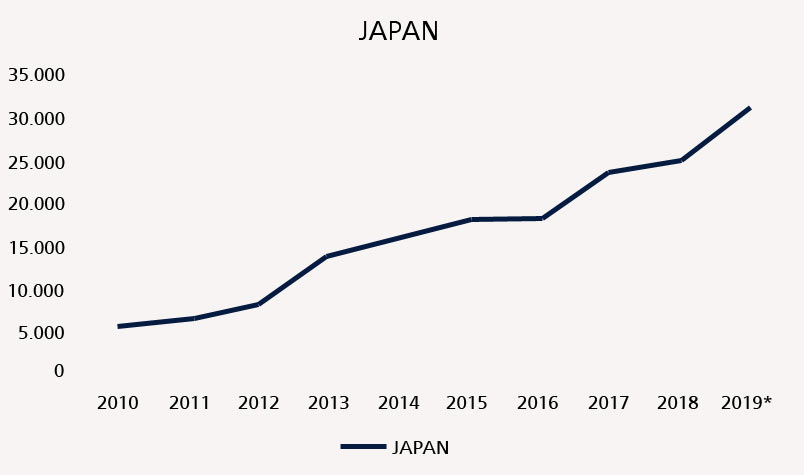 Tourism Expo Japan is an exciting opportunity to promote the city and build contacts and agreements with tourism professionals. The Donostia San Sebastián Turismoa representatives have arranged a non-stop schedule of meetings with Japanese and international travel agencies, and will also participate in several professional workshops to share Donostia / San Sebastián’s new focus on sustainable tourism, which is based on the destination’s balance, quality and authenticity and underpinned by five strategic priorities: cultural, culinary, sports, premium and MICE tourism.