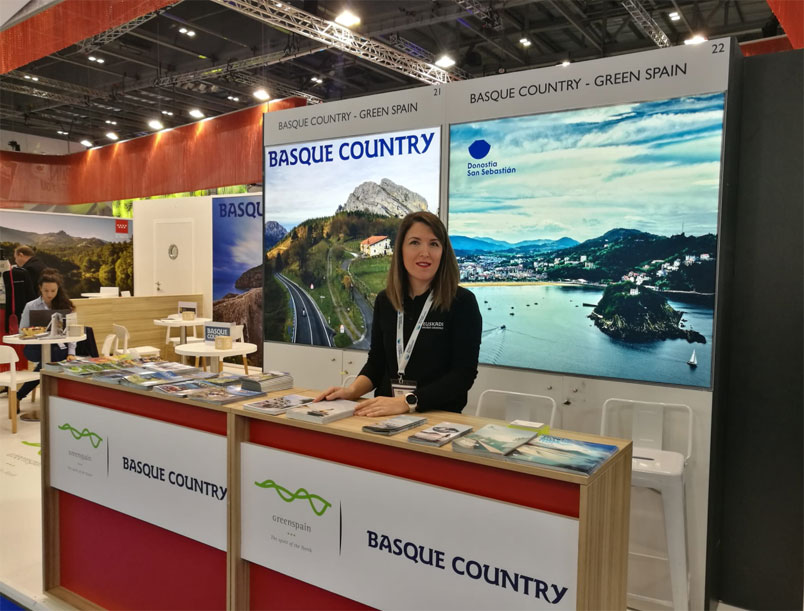 Donostia San Sebastian Turismoa will be taking part in the World Travel Market (WTM), together with Basquetour, in an area especially reserved for Turespaña, accompanied by various associated agencies and businesses such as Basque Destination, Chillida Leku, Mimo Food, Donostyle and Petritegi. The tourist organisation from San Sebastian will be highlighting the approach to tourism in Donostia/San Sebastian, sustainable tourism, based on a balanced, high-quality and authentic destination, which revolves around 5 strategic areas: cultural, gastronomic, sporting, premium and conference tourism.

The Donostia San Sebastian Visit- Bizi 2017-2021 Master Plan moves away from the mass promotion approach and defines markets and clear strategic areas with the aim of promoting high-quality sustainable tourism. The WTM trade fair is aligned with this focus: The United Kingdom is the international market with the third highest number of visitors to Donostia/San Sebastian. Between January and September 2019, 74,229 overnight stays were by British tourists, 2.19% higher than from the same period in the previous year. According to figures from the Basque Tourism Observatory, the main reason why people come to visit us from the United Kingdom is for city breaks and touring.

WTM is also the perfect meeting forum to establish contacts and agreements between professionals from the tourism industry. The attendees from Donostia San Sebastian Turismoa will hold numerous working meetings with a various actors from the tourism industry, including the leading online marketing agencies, allowing us to strengthen our strategies aimed at improving the profitability of inbound tourism, thus enhancing the marketing capacity of the tourist organisation. The companies from Gipuzkoa that are associated with DSS Turismoa - Basque Experience, Chillida Leku, Mimo Food, Donostyle and Petritegi - will hold speed networking sessions, allowing exhibitors to meet with buyers. They will present themselves to the British market and establish contacts that could lead to future business opportunities.