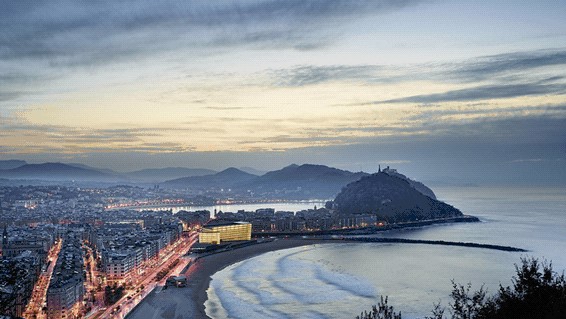 Despite the difficult circumstances imposed by the global health crisis, a series of events held recently in the city—the San Sebastian International Film Festival, Gastronomika, and the Club de Creativos' C Days—have been a clear example of success on an international scale: the events, a combination of innovative online formats and in-person elements that had all necessary health and safety measures in place, were celebrated with positive results.

DSS Turismoa, through its Congress and Events Department, is committed to MICE tourism as a strategic industry that contributes to stimulating the region’s business sectors, promotes the transfer of knowledge and innovation, and ultimately strengthens and raises the exposure of San Sebastián as a destination for knowledge and innovation. To that end, the Congress and Events Department team continues to work on advising professionals interested in celebrating professional events in the city. Faced with a difficult and ever-changing situation, it continues to provide support to event organisers to ensure that San Sebastián remains an international industry leader.

When the pandemic hit, local companies that work within the meetings industry immediately began to reinvent themselves and adapt to the new situation. On the one hand, they began to roll out new ways to connect professionals (holding congresses online, creating streaming platforms, webinars, live classes, cooking demos, etc.,), and on the other hand, they developed health and distance protocols that guarantee safety during in-person events. Examples include a host of professional events that have been celebrated in the city, from the Zinemaldia, the C Days, and Gastronomika to the Nursing Professionals Conference and the Uhinak congress on climate change.

Donostia successfully celebrates its first major events since the pandemic

The Zinemaldia, held from 18 to 26 September, was one of the first international film festivals to be held in-person during the pandemic, with over 400 screenings and thousands of guests. More than 90% of the seats were sold on the first day, with several venues at max capacity, including the Kursaal Auditorium (40% with 600 spectators); the Victoria Eugenia Theatre, the Main Theatre and the Kursaal Chamber Hall (50%); and Tabakalera and the city's cinemas (60%).

For yet another year, the festival served as a meeting point between the public, the media, and the film industry, creating the best audiovisual experience possible while adopting the strictest health measures.

The Club de Creativos’ C Days, Europe’s biggest event for communication and marketing professionals, returned to San Sebastian for its 5th edition from 8 to 10 October, with the support of the DSS Turismoa’s Congress and Events Department. The event, which was streamed, was celebrated in a hybrid format this year with an online portion and in-person sessions at the Kursaal Convention Centre.

The programme focused on "new" conversations and shifting narratives, channels, and relationships between brands and people, with a well-rounded group of speakers that includes creatives, philosophers, journalists, artists and strategists who helped chart this new reality. The c de c also launched several social media campaigns to support small businesses in San Sebastián and promote the city’s most iconic spots.

The director of the C Days, Guille Viglione, stressed the need to make an effort to recover a certain semblance of normality and overcome the inertia that new habits lead to so that the event can serve as a benchmark for other meetings. Nor should the impact of the event—a congress with a major in-person component (300 people in the Kursaal) and the mark these types of conferences leave on the city—be overlooked. To that end, event organisers, local promoters, DSS Turismoa and partners have worked tirelessly to ensure that the congress was celebrated in San Sebastián under the best possible conditions.

San Sebastian Gastronomika brought together over 20,000 conference delegates from over 100 countries from 5 to 9 October in a completely online and free edition that included over 50 hours of audiovisual broadcasts, from experiences and cooking demos to lectures. A ground-breaking format on a global level, enriched by the diversity of venues and the participation of 70-plus speakers.

The congress participants were able to travel around the event’s virtual auditoriums, which included top Basque restaurants like Azurmendi, Mugaritz, Akelarre, Arzak and Etxebarri, and offered access to the homes and restaurants of several chefs across Spain and around the world (Senegal, Colombia, Peru, United Kingdom, Italy and the USA).

San Sebastián Gastronomika managed to bring together more chefs and participants than ever before this year, creating a clear benchmark for future gastronomic conferences. The restaurant owners agreed that the congress was a success, underscoring the synergy between the in-person sessions and the virtual features, a change that is here to stay, a paradigm shift that means a new approach to the future of professional meetings, conferences and events. Even though it has ended, the congress is still available on the website, and users can still sign up to see it, multiplying the exposure of both the congress and the city.

Also of note is the Nursing Professionals Conference held in the Kursaal on 15 October, where 140 professionals from the nursing homes in Gipuzkoa attended training sessions on COVID prevention and management, and the Uhinak congress on climate and coastal change, which will be held in a hybrid format (in person and online) on 4 and 5 November at Ficoba, with a panel of 40 national and international speakers.

Donostia San Sebastián Turismoa, through the Donostia San Sebastián Turismoa Conferences and Events Department, is committed to MICE tourism and works in constant contact with local professionals. Together, we strive to keep MICE tourism in San Sebastián because of the prestige and visibility that comes from hosting these events and because the synergies and knowledge exchanges developed at professional meetings are crucial for designing the future of the scientific, medical and economic industries.